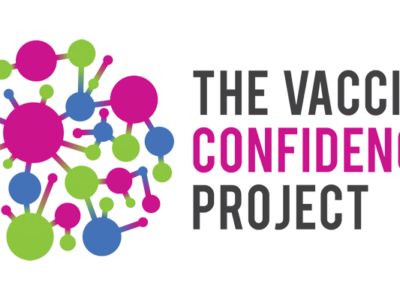 When Dr Heidi Larson was recommended to speak to Maldaba about an innovative research project in rural Africa using digital technology, I had little clue that we’d also end-up re-branding and re-launching the website for the Vaccine Confidence Project research team (VCP) at the London School of Hygiene & Tropical Medicine (LSHTM).  Where to begin?  At the beginning…

The initial meeting about the Gates-funded Red Light Green Light research project went well and pretty much as you might expect: Heidi explained the project; I explained what Maldaba does and how we could partner with the research team at LSHTM.  So far so good.  When I explained Maldaba’s capabilities in digital technology, which covered user interface and user interaction, as well as branding and design, Heidi mentioned their website was in need of an update prior to the launch of the Vaccine Confidence Index (VCI).  This is a 42-page document looking at the state of confidence in vaccines around the world, including recent global scares such as the 2009 H1N1 pandemic.

An initial meeting with the VCP team revealed that there was no brand for the research team.  This is not uncommon amongst research teams (though more and research teams are successfully using branding to identify themselves as a recognisable entity).  The launch of the VCI would be high-profile, and there was a shared understanding amongst researchers and administrators at LSHTM that the VCP as the team behind the report needed an identity that would stand-out at publication and enable both the researchers and the School to maximise the publicity.

So we ran a branding workshop, with stakeholders and partners that meant the medium-sized meeting room at LSHTM was quickly full-up with the 12-15 attendees.  That workshop, whilst being the touchstone for our branding exercise, also revealed the wider aspirations of the researchers and gave Maldaba enough of an overview of the next few years in order to produce a VCP brand identity that is both on-message now, and provides the team with room to manoeuvre for the next stages of their research.  We’re delighted with the result, and the way that the iconography of networks and health are blended in the VCP logo with a very modern use of colour.

The website is a WordPress site, which we felt was the right choice since constant updating of content by the research team was essential, and WordPress is famously very easy to use for non-technical staff.  The design integrates with Google Maps, and watch that space in particular as there are some ideas we had during initial development regarding map interactivity that we’d love to update the site with in the near future.

All-in-all, an interesting journey that we found ourselves taking along with Vaccine Confidence Project research team from LSHTM, and one we’re proud to see result in a successful identity and website re-launch.